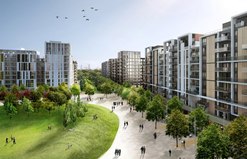 One of the long-term benefits of the games is that after the games the 5,000 homes in the Olympic village where the athletes will stay will turn into housing for the general public. The government has promised to keep the prices affordable for everybody.

Due to the increase in tourism in London during the Olympic Games, many businesses or even landlords who will hire out housing will benefit from this. This will help the local businesses and will benefit many other people.

The several thousand new short-term jobs are likely to be a big boost for the area. There will be many jobs like builders, security and cleaners etc. Currently the statistics for unemployment in Newham is 6.7%. Thanks to the Olympic Games jobs are more likely to increase. This will be good for Newham as 6.8% are permanently ill or disabled so those peoples families could get a job and help their ill relatives. At the moment only 40% have permanent jobs which are less than half the population and this could increase the opportunity in that area hopefully up to 50% or more.

Sponsors support the athletes competing in the games. By doing this their company gets a lot more money and publicity. For example Virgin is a major sponsor in the Olympics. A lot of athletes go to that company for sponsorships so they get publicity. Virgin even has a part in the airline and train industry so they will get money from the transport as well. Many other multinational companies will be attracted to invest in their London Businesses. 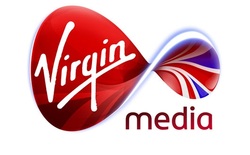 To transport the thousands of spectators, athletes, officials and media to the games, the transport links to the east of London are going to be upgraded. These improvements include: 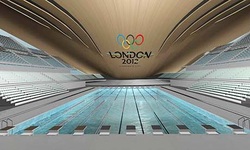 The facilities that are built are to be used after the games for the general public.
See venues for more detail.