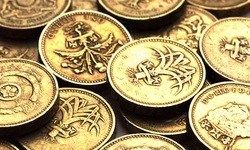 The main drawback of hosting the games is the cost. It is predicted that the total cost of  the Games will be £2.375bn. Currently with the Council Tax, the National Lottery, and the London Development Agency, there could be nearly £500million operating loss. However, this is hoped to be restored and even benefited from but it might not work out.

The benefits the Olympics brings to the area are quite gppd, but the public is being misled of the opportunities for jobs, as nearly all of the jobs are likely to be short-term, and after the games it could leave the area still with a high level of unemployment.

Lots of people and businesses have been forced to move to another place to make place for Olympic facilities. For some businesses this may be beneficial but some businesses are quite settled and have been going on for quite a while. Some tenants have been forced to move out from their rented houses to make place for more paying tourists. Also many communities have been destroyed. For example the Manor Garden Allotments.
The Manor Garden Allotments were once a peacefull community allotment. People aged young and old used to come there and have fresh and healthy food. Now, the people have been told that they will lose their allotments and have been given another place in a very wet and dead marshland.